The Fundamental Library of the Latvia University of Life Sciences and Technologies (LLU FB) was founded in 1939.

The Library obtained the stock of books – 13000 copies on agriculture and forestry – from the University of Latvia. In the period of the World War II the Library suffered heavy losses, the collection of literature was destroyed during the fire of the Jelgava Palace. Therefore after the war the collection had to be formed anew.

During the first years of its existence the Library was situated in Jelgava. From November, 1944 to 1961 the Library as well as the Agricultural Academy was housed in Riga, but later it again moved to Jelgava – to its present residence – the Jelgava Palace.

In 1994 the LLU FB became the National Centre of the Agricultural Information System for the Agricultural Sciences and Technology – AGRIS. This system is coordinated by the Food and Agriculture Organization of the United Nations (FAO).

Since 1994 the LLU FB is a participant of the Agricultural Libraries Network (AGLINET).

Since 1994 the LLU FB is a member of the Association of Latvian Academic Libraries (LATABA).

Since 1997 the LLU FB is a participant of the International Association of Agricultural Information Specialists (IAALD).

On March 20, 1998 the Depository Library for the publications of the Food and Agriculture Organization of the United Nations was opened in the LLU FB.

The renovated reading room with open access to the recent literature in agriculture and related sciences  was opened in September 29, 2000.

Since 2003 the LLU FB is a participant of the International Association of Scientific and Technological University Libraries (IATUL).

In 2006, reconstructed storage facilities were arranged.

In 2007 the Circulation Service started work in the reconstructed premises.

On March 1, 2016 the Textbook Lending service began work in the new premises. 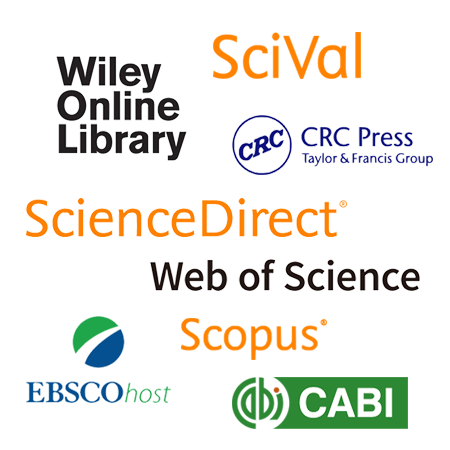